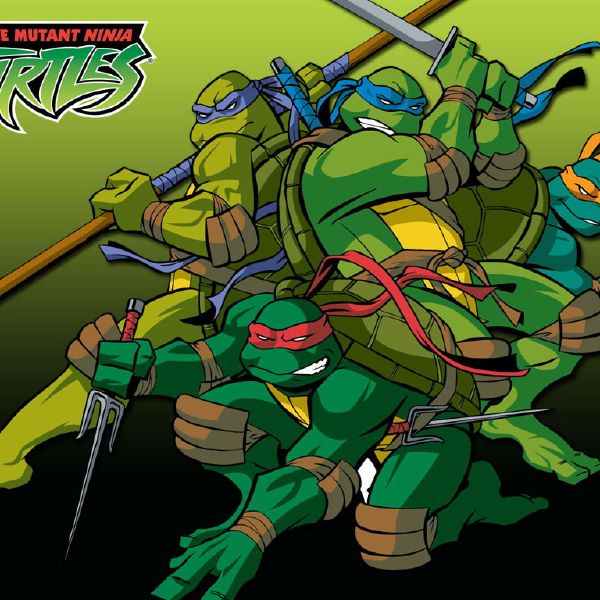 The series marked the revival of the Teenage Mutant Ninja Turtles as a Saturday-morning cartoon on Fox's Fox Box programming block later known as 4Kids TV.

The TMNT TV series was produced by 4Kids Entertainment, and Mirage Studios,[1] which co-owned rights to the show,[2] and animated by Dong Woo Animation.

Nickelodeon now owns the rights to this and any future Turtles series. Nickelodeon broadcast the series occasionally on their channel and Nicktoons normally during marathons for the TMNT series.

In the TV series, the four Turtles' personalities are in some ways different from the TV series in an attempt to follow the Mirage Comics versions of the characters more closely.

All the characters are more complex individuals, and the Turtles have a stronger family bond. The tone is also somewhat more serious with a greater emphasis on action.

The show does not feature nearly as much slapstick comedy or heavy puns as its animated predecessor, and the only turtle to use surfer slang is Michelangelo.

Leonardo, Raphael, Michaelangelo and Donatello must save New York City from the evil crimelord Shredder and his assistant, Baxter Stockman.

The turtles must fight off Foot Soldiers, Mousers, and gangs and get help from their sensai Splinter, friend April O'Neil, and companion Casey Jones.

The first thing I noticed about this version of TMNT is the fact than none of the heroes in the halfshell had any pupils. But I sat through a couple of episodes and was came back VERY satisfied with the new version.

I grew up watching the lean, green fighting machines fight a bunch of bumbling and stumbling bad guys, robots, aliens, mutants, oftentimes saving April O'Neill in the nick of times while ending each productive day eating pizza with some gnarly toppings chocolate chips and anchovies, anyone?

Slapstick humor, groaner puns, and fast-paced action fortified with blood-pumping music was the order of the day, and we all seemed to like it just fine, thanyouverymuch.

I still get a kick out of those episodes when I break out the old tapes. Now, with the original comic book writer Peter Laird providing input, we have a much more serious tone.

This time our heroes aren't here to solve Scooby-Doo mysteries and make pizza jokes. This series actually chronicles their day-to-day lives as they live in their underground lair with Master Splinter.

The reason they live in the sewers which should have been obvious has been really played up this time: they are freaks, monsters.

The fact that they are outcasts makes solving various crimes and getting on the six-o-clock news with April O'Neill a pretty difficult thing to accomplish besides the fact that April is now a former lab assistant and not a news reporter as in the earlier incarnations.

So all their lives the four turtles have been honing their ninjitzu skills under their sensei, when their lives have been turned upside down by the arrival of Shredder, Splinter's arch-nemesis.

The other reviewers are right, Bebob and Rocksteady would not have lasted a second under this Shredder. To take him lightly is to dig your own grave.

The turtle's struggle to return to their normal lives during their confrontations with Shredder is the running drama binding these new episodes which helps keep me interested every week since this time I know there will be a climax, instead of hearing "You miserable turtles, I'll get you next time!

Despite all this, I still would have been bored with this series if the turtles acted as serious as they looked. But to my relief, they retained much of their old personalities of the old series.

Leonardo is still the leader, Donatello's still the inventive brain, Raphael is still sarcastic and this time gruff and tough , and Michaelangelo is, well, you all know Mikey.

I do really believe Mike's even more outrageous in this series than in the old one. Because they still retained their personalities, they don't come off as robotic Warriors of Virtue but as "regular" teens who find themselves caught in a bad space of time.

Season five would be the last to use the original character designs and animation style with its plot concluding the series' main storyline.

The sixth season, subtitled "Fast Forward", would retool the series with a new art style and comedic tone.

The season's plot focused on the Turtles being transported about years into the future to the year ; where they meet and befriend Cody Jones, the great grandson of April and Casey.

They must also contend with futurist enemies like Sh'Okanabo and his minion Viral as well as dealing with the activities of Cody's uncle Darius Dun.

Fast Forward's main story would conclude in the seventh and final season, subtitled "Back to the Sewer", while sporting another redesign for the entire cast inspired by the designs from the TMNT film.

After returning to the present day, the Turtles must battle a cybernetic version of the Shredder which was the result of Viral merging with the data of the Utrom Shredder.

There is also a running subplot centered on the wedding of April and Casey. The TV movie Turtles Forever serves as the finale to the series and centers around the Turtles encountering their animated counterparts, who have accidentally been transported to the Turtles' reality.

To make matters worse, the 80's Shredder and Krang as well as their minions Bebop and Rocksteady free Ch'rell from his imprisonment as Hun and Karai realign themselves with Ch'rell.

The voice director for the series was Susan Blu seasons 1—5 and Roy Burdine Fast Forward and Back to the Sewer , while the ADR voice director was Darren Dunstan.

In May , 4Kids Entertainment announced to produce a new animated Teenage Mutant Ninja Turtles TV series for the FoxBox programming block to air on Saturday mornings.

The "Ninja Tribunal" was originally intended to be the fifth and final season of the Teenage Mutant Ninja Turtles animated series, but the schedule was changed to try to increase interest in the series and "Fast Forward" became the fifth season.

The "Ninja Tribunal" episodes were scheduled to be released on DVD sometime in early , but 4Kids Entertainment later removed them from their release schedule and the season was promoted in commercials as Teenage Mutant Ninja Turtles: The Lost Episodes.

Series development was headed by producer Lloyd Goldfine, who had known the Ninja Turtles since the original Mirage Studios comics and declared he "loved the charm of the cartoon", but much preferred the idea of turtles raised to be ninja assassins, and was interested in using said plot while also being family friendly.

Once he heard 4Kids had an interest in the franchise, Goldfine suggested going straight to Mirage for guidance, and then he and other company representatives went to the company's headquarters in Northampton, Massachusetts.

Turtles co-creator Peter Laird and Mirage CEO Gary Richardson approved their pitch, and Mirage remained very close during development, with Laird reading every outline and draft of the script, and approving most of the character designs.

The series has been released to home video , but the complete series has yet to been released. The series originally aired in the US on Fox for its first six seasons from to It then aired on The CW for its seventh and final season from to The show excluding season 5 and Turtles Forever aired in the Republic of Ireland on RTE Two from 17 September to The series is currently available for streaming on CBS All Access.

The series was both acclaimed and commercially successful throughout its first five seasons, receiving wide critical praise for the faithfulness to the source material , the storytelling, character development, action, darker tone, humor, the theme song, background music, voice acting, animation and appeal to all ages.

It also garnered high ratings for a 4Kids Saturday morning cartoon and shortly after the premiere became the highest-rated and most popular children's television show in the US. 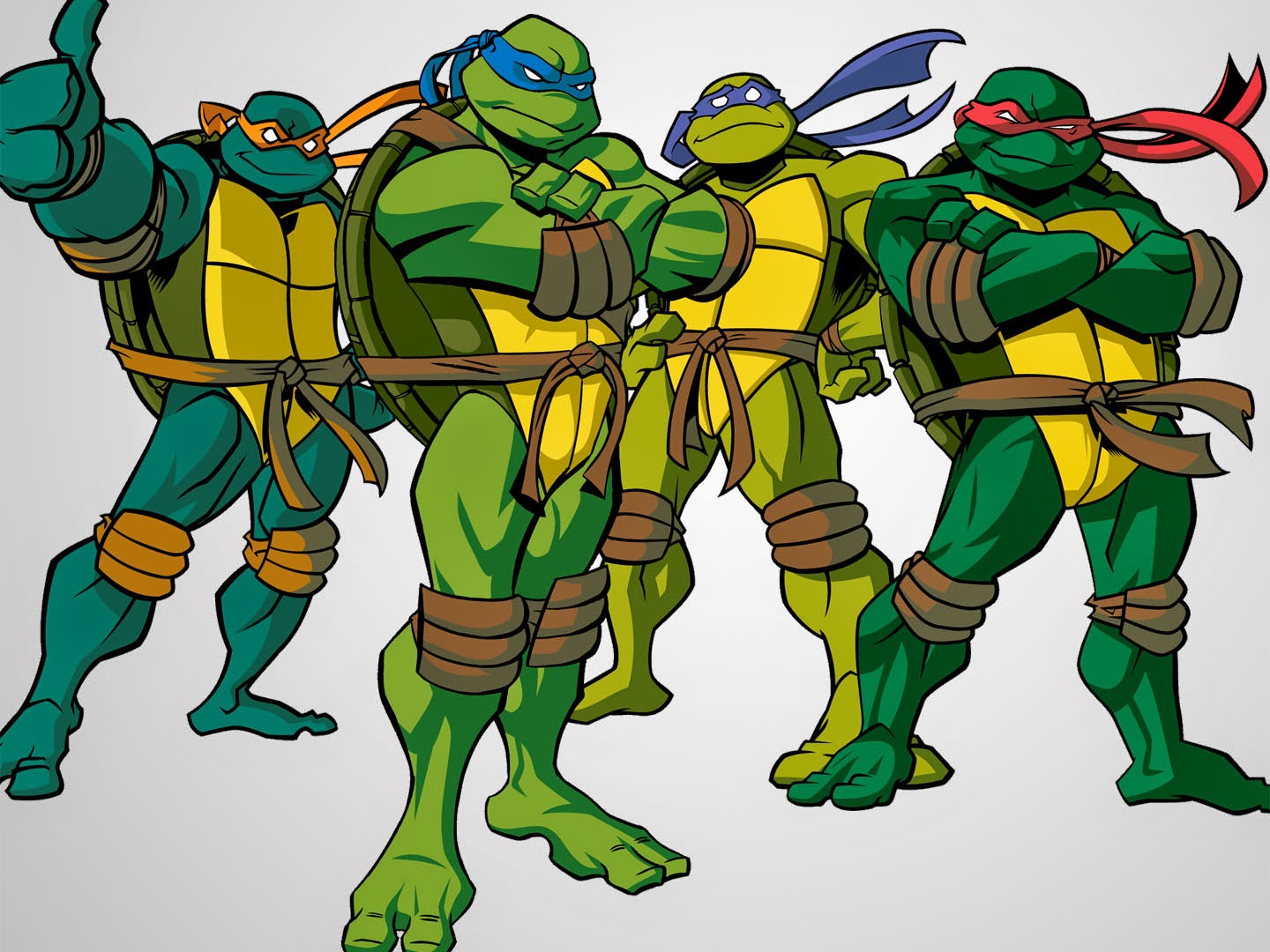 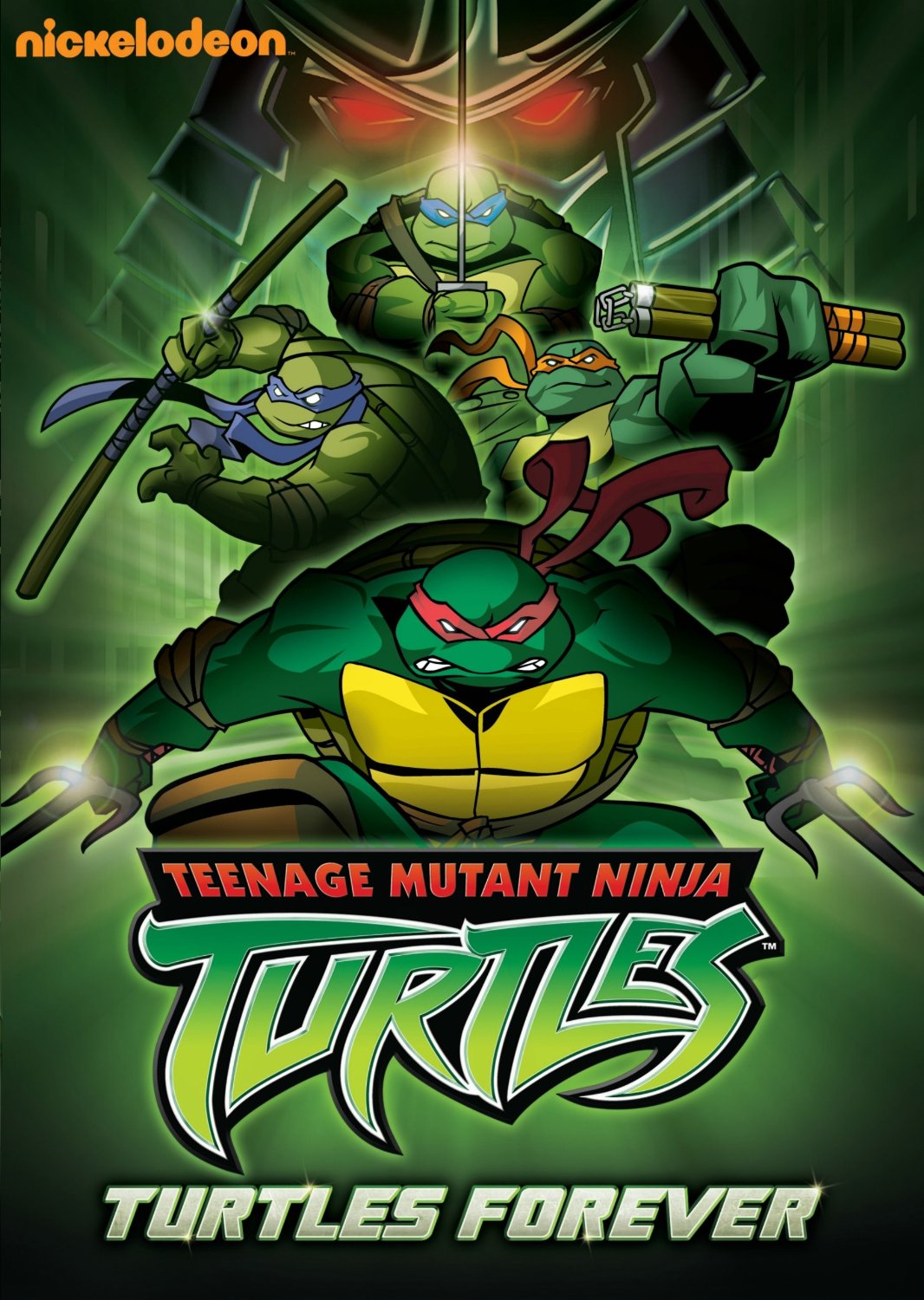